Famous for its exquisite variety, Turkish cuisine is the accumulation of thousands of years of cultural exchanges and historical heritage. Despite not being as highly regarded as its food counterpart, desserts of Turkey still have their own charms which can melt any sweet lover’s heart. From puddings to sophisticated phyllo dough, its diversity can offer even the harshest critic a delightful experience.

With careful selection, we have compiled a list of the 10 most delicious desserts you cannot afford to miss when visiting this country.

This dish is a different take on the same old pumpkin recipes you could find everywhere. Kabak tatlısı is a type of candied dessert that is very simple and easy to prepare, yet still maintains the flavorful tastes of pumpkins. You can enjoy this dish without having to consume extra carbs and calories from other common pumpkin recipes such as pie or cheesecake. You can also top it off with your favorite nuts and milk as well, making it the ultimate desserts to enjoy at home. 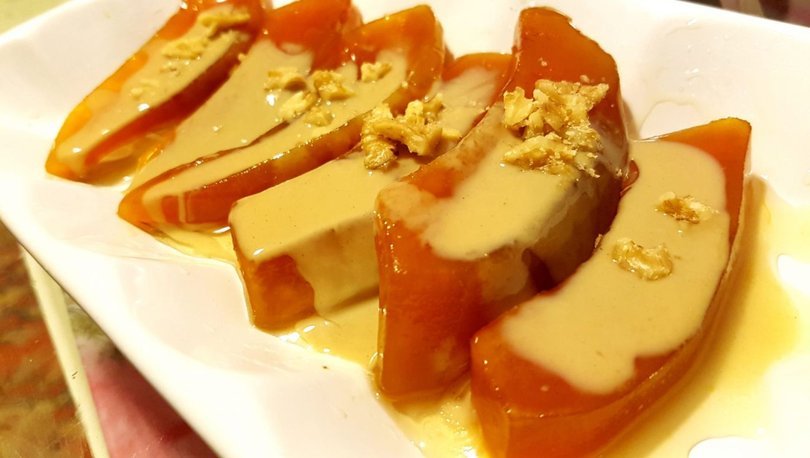 Kabak tatlısı has been preferred by many people for its high value of nutrients as well as low level of calories which is very good for those who are going on a diet.

Aşure is special not only for just its deliciousness but also for the hidden story behind it. It is a dessert used in Islamic religious custom. In the first month of the Islamic calendar (called Muharrem), it is a good deed to fast for 10 days. On the 10th day which is called the Day of Ashura, people will make Aşure and share it with their neighbors and relatives as a bonding tradition. Made from various ingredients such as wheat, chickpea, dried fruit and nuts, Aşure has a great health boost factor and can be enjoyed by anyone.

Maras is the name of a famous ice-cream in Turkey. About this dessert, there is an interesting story behind it that we still hear sometimes. In the past, to eat a special kind of food in summer, Turkish people had to store snow in mountains during the winter. When wintertime is over, they ate that snow with syrup like we eat shave-ice today. That is the origin of Maras ice-cream.

Different from normal ice-cream, Maras is pretty hard. For that reason, you have to enjoy it with a knife and a plate. Besides, it is a little tough because of salep, an ingredient that people use when making this special food.

When buying Maras ice-cream in Turkey, you will have a chance to watch some impressive performances of the sellers. They usually use a stick to lift a big block of ice-cream without failing to drop it, which is also the reason why this kind of dessert becomes well-known.

Sutlac is one of the must-try dishes that you should have when coming to Turkey. This tasty food is made from milk, rice and sugar, which can be an explanation for its second name – Turkish rice pudding.

Sutlac has the taste of fattiness and light sweetness that always makes you want to eat more. In addition, it is also eye-catching with a thin layer of caramel on top. Putting a little piece of sutlac in your mouth, you will feel the soft dessert melting slowly. This sweet brings you a high nutritious value thanks to its healthy ingredients.

Kazandibi was first introduced in the Ottoman empire. This dish has been popular for a long time thanks to its unique taste and recipe. If you are going to have a trip to Turkey, you cannot miss this tasty food.

There is one thing special about this dessert that it is mainly made from chicken breast. To make this sweet, the chefs have to boil chicken until it is a little well-done. After that, they use a fork to smash it. Ground chicken is then dimmed into a bowl of water for one night. It will be separated from water and left dry on the following day.

Next, the chicken is mixed with flour and cooked on the pan. This dish is attractive with the brown color of caramel covering on the top. It contains a lot of nourishment from eggs, chicken and other ingredients.

Mentioning Turkish desserts, we cannot skip lokum. Locum comes in various colors, flavors and shapes for foodies to pick their favorite. However, no matter how they look, they still maintain the specific taste of each kind. This kind of dessert has appeared for nearly a century and still been one of the most popular sweets in this Turkey. 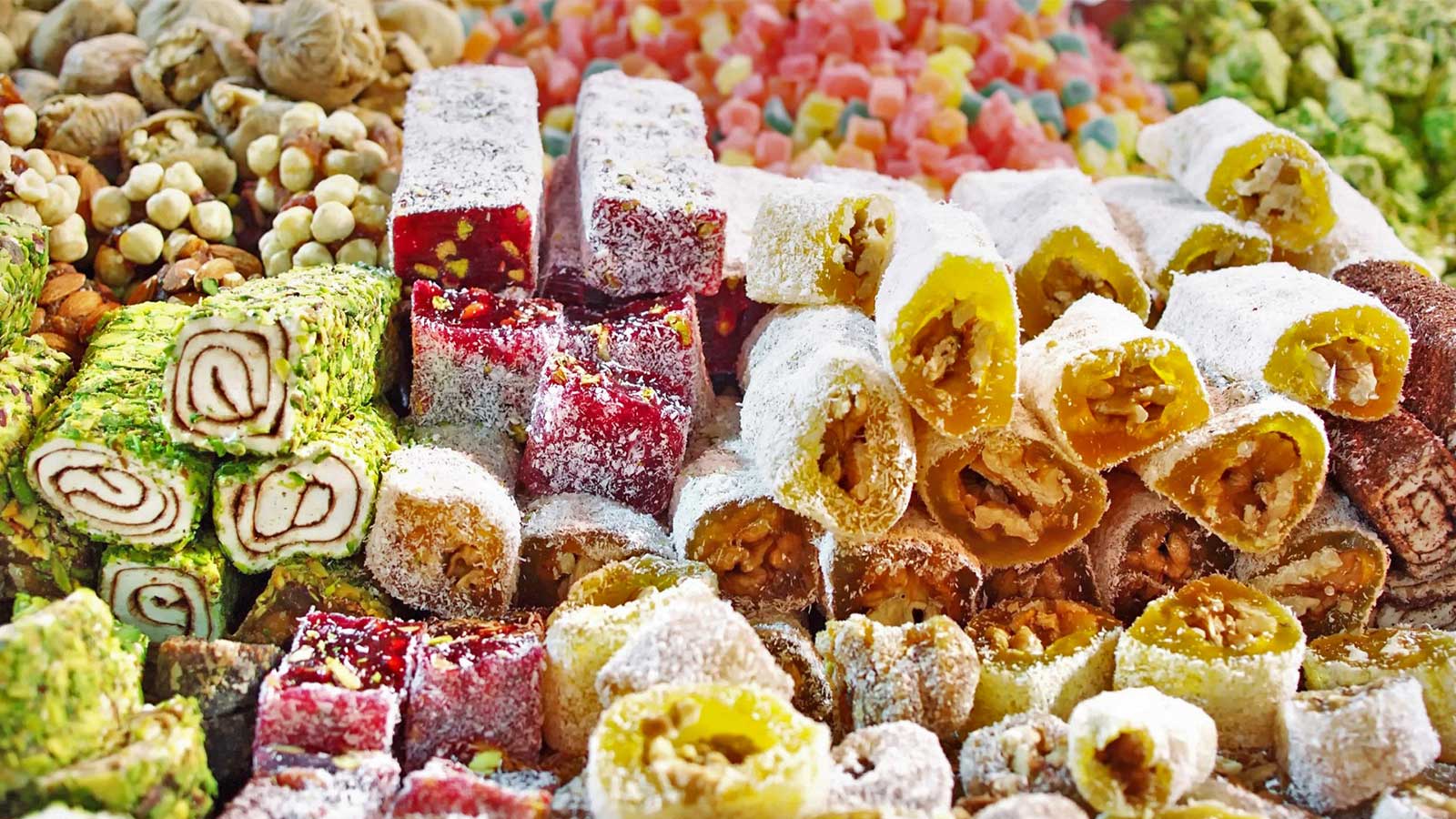 It is said that in the 17th century, a king of the Ottoman called Abdul Hamit I required his chefs to think of and make a new kind of dessert for his concubines. With a lot of time and effort, lokum was then made for the first time.

In the past, Lokum was only served to patricians because it was difficult to prepare and the ingredients were rare. However, with the appearance of sucrose at the end of the 17th century, this type of sweet became more popular and reached ordinary people. 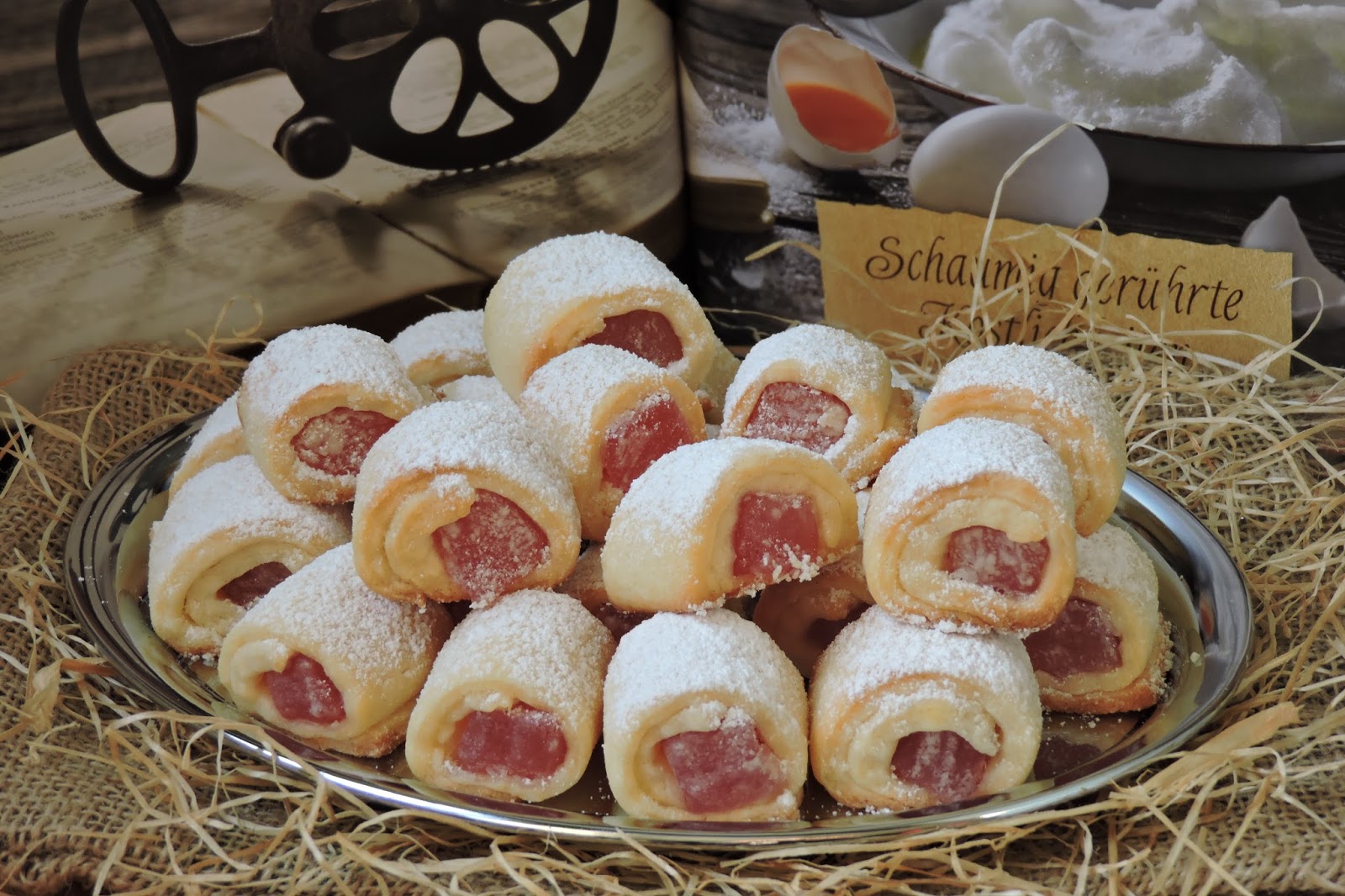 There are numerous flavors for lokum. You can pick the ones that you would like to try such as mint, rose, raisin, strawberry, orange, etc. To have the best taste of this dessert, you should eat it with a cup of tea as lokum is sweet food. The bitterness of tea will help to balance the sweetness of lokum to give you an amazing taste.

Turkey is not only popular for outstanding landscapes and gorgeous beaches but it is also well-known for various cuisines. Coming to Turkey, you will have lots of food to try. Each one has its own specific flavors which you cannot find in any cuisine else. In order not to miss any must-try items, you should search on the internet for advice and reviews. With plenty of feedback from those who have gone to Turkey, you can select suitable suggestions to have a better experience in the country of doner kebab.