Being on the list of attractive destinations for tourism, Turkey has got more and more travelers coming each year. On arrival to Turkey, you will have a chance to lie on the beautiful beaches, sunbathe under warm sunshine, taste fresh seafood and listen to some mysteries about historical places. Besides, this country is also famous for coffee, a popular beverage of most people around the world. However, Turkish coffee has its specific flavor and recipe which you cannot find anywhere else. If you are curious, do not hesitate to scroll down for more interesting details! 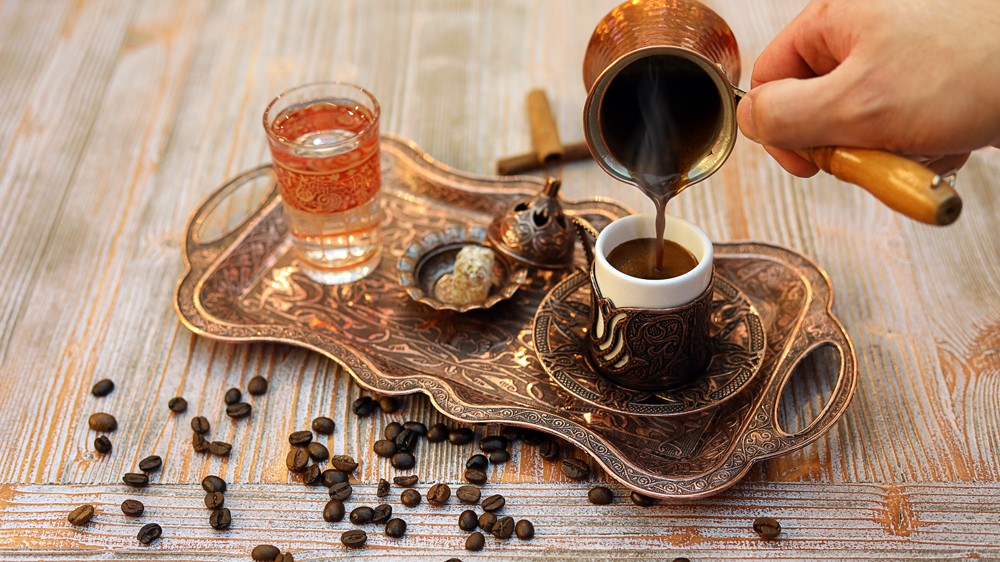 The introduction of coffee in Turkey

According to some sources, coffee was first introduced to Turkey in 1955 when two Syrian businessmen brought it to Istanbul. Thanks to the good taste, this new kind of drink was then popular throughout the nation only in a short time.

At the beginning of the 16th century, coffee shops appeared everywhere and quickly became favorite places for important meetings. However, it was not until in the 17th century did this beverage reach the Ottoman government. After a lot of changes for the best recipe, Turkish coffee has been well-known all over the world and its culture was honored as a heritage by UNESCO in 2013. 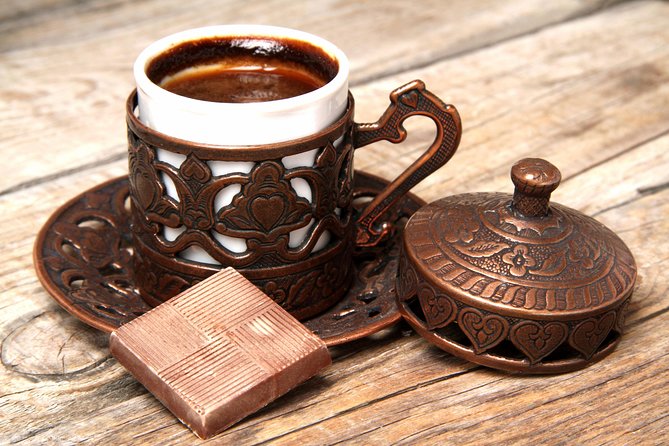 Turkey is a country whose main religion is Islam. Therefore, people here are not allowed to drink beverages containing alcohol, which can be an explanation why coffee is consumed in this nation with a large amount each year. 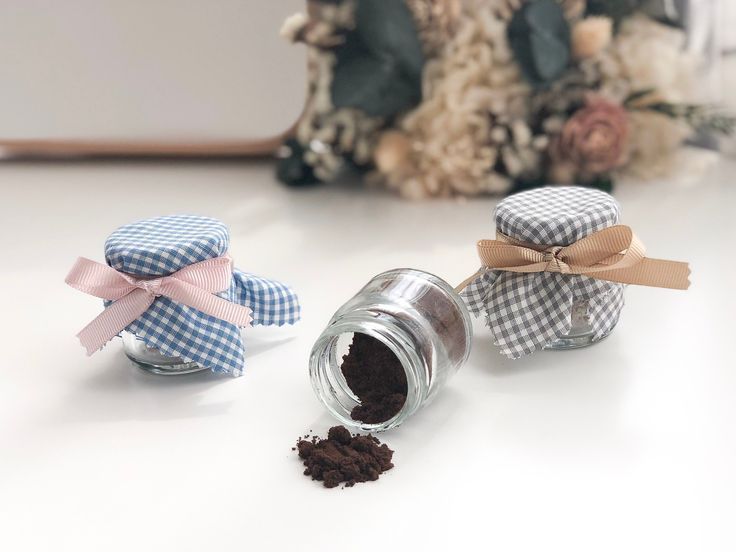 In the 17th century, coffee was an indispensable item that appeared in most of the Turkish rituals. People used coffee in important events such as trials and weddings. Especially, before tying the knot with a woman, Turkish men usually judged their wife-to-be by the way she made and served coffee. Hence, women in the past were carefully trained for those skills. 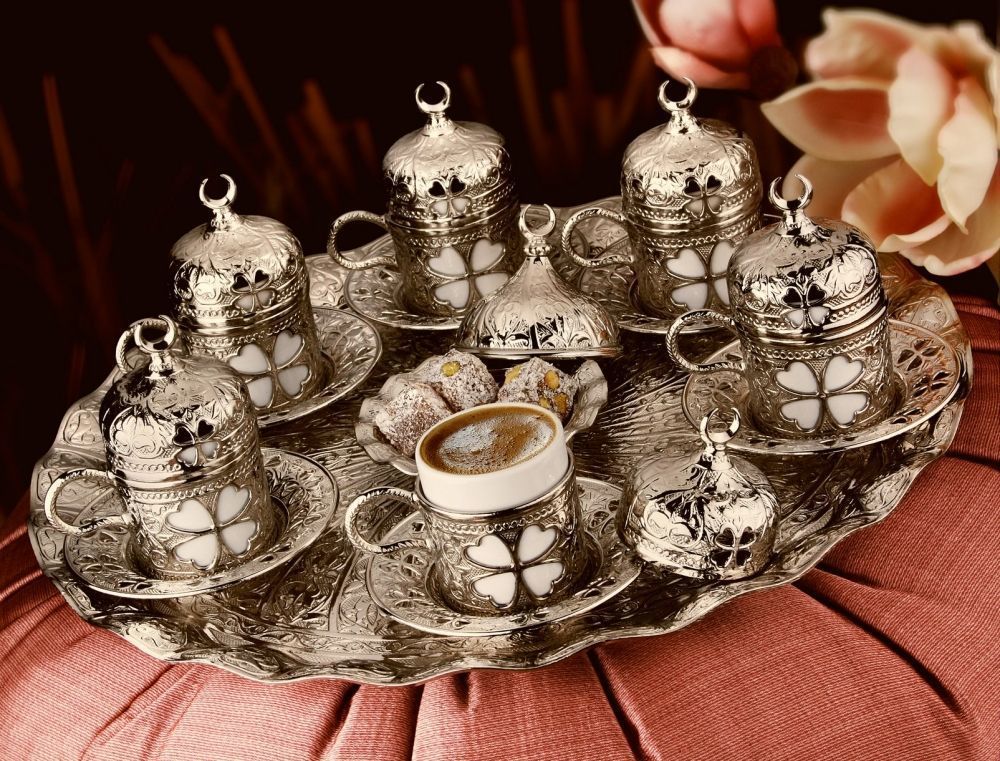 In Turkey, people prefer a kind of coffee called Arabica. Coffee after being roasted gives a good flavor that you can’t stand smelling. Besides, it is also eye-catching with the specific color of brown. 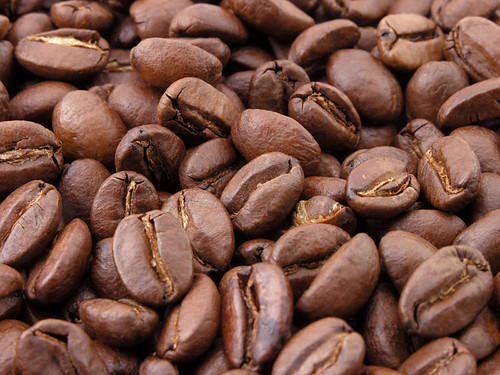 In Istanbul, the most popular way to make coffee is to boil it. First of all, people have to grind it very hard until coffee becomes powder. Then, a certain amount of powder was put in a cezve with cold water and sugar. The mixture is cooked on the fire until it boils for the first time. After that, people stir the liquid and pour a little of them into a cup. The left will be cooked again for the second time. When the process is done, the whole mixture is spilled into mugs and served to drinkers. Coffee cooked this way is a little bit more condensed than usual. In addition, it can remain the bitter taste and good flavor as its origin.

Different from other countries, people in Turkey have their own way to enjoy a cup of this brown drink. After pouring coffee into a mug, people have to wait for the powder to stay at the bottom. Then, they start tasting their coffee by having little sips.

It is the name of a unique culture in Turkey. After drinking up a cup of coffee, the psychic will put a plate on it and keep the cup upside down. By seeing the image formed with the left coffee powder, he will give a prediction for the person sitting in front of him. Although it sounds a bit unreasonable, this is still a special activity that most tourists coming here would like to try for a fortune.

In the past, there were not many kinds of equipment for cooking. Therefore, coffee in early time was cooked in a cezve, a type of pot in the shape of cones with a flat bottom. Cezves have a simple design with nothing much impressive. 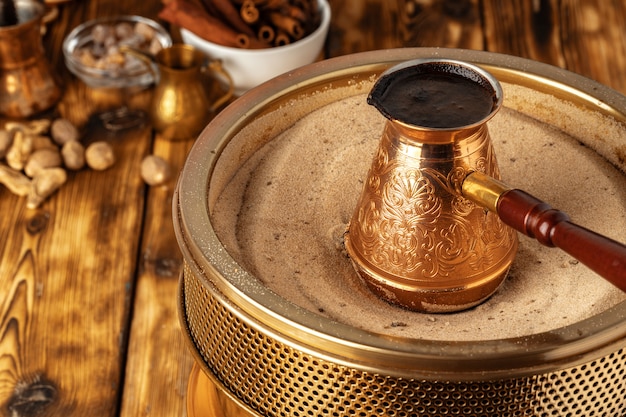 Soon after, people created a new tool known as dallah. This one looked more attractive with different textures carved on it. Therefore, dallah was not only equipment for making coffee but it was also an item for decoration. People in the old days believed that the value of a dallah accompanied the wealth of its owner. 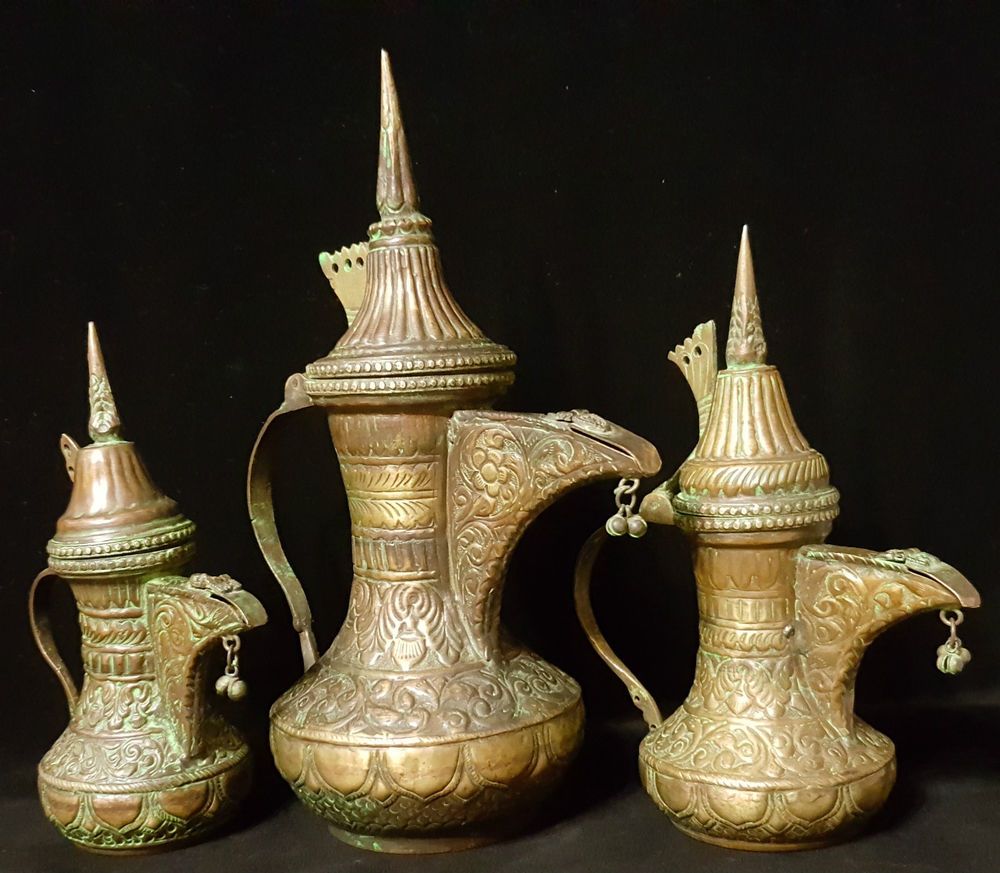 In Turkey, there is a special way to make coffee which is to cook it in the sand. By that feature, this method is called sand coffee. Sand coffee was derived from Yemen a long time ago and became one of the world’s heritages in 2013. 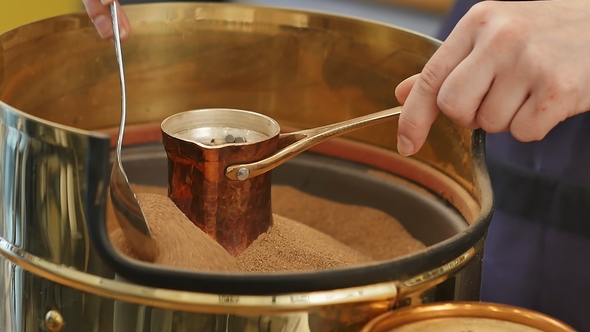 To make coffee in this way, people have to use a cezve with a long handle for them to hold. The equipment was put into the sand until the liquid inside it boils. However, the key importance is sand because it can keep the temperature for a long period. An oven was put under it so that the heat can go through layers of sand and then reach the cezve. Boiled sand coffee has an eye-catching color of brown and tasty bitterness that you will never forget once trying. 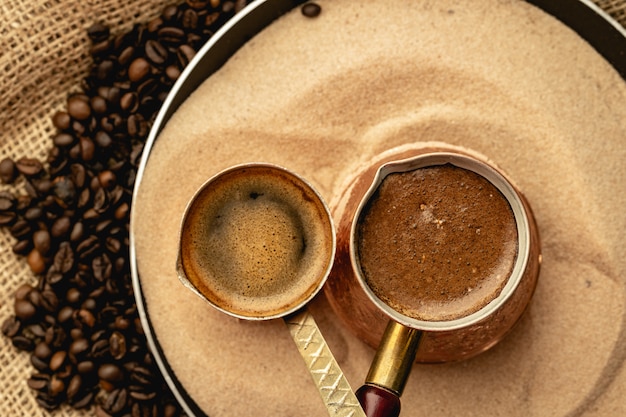 Turkey is not only a destination for you to chill on the beaches and learn more about history but also a place for you to exchange cultural values. By visiting this country, you will gain lots of interesting experiences and useful knowledge that is not easy to have anywhere else.