For a long time, Turkey has been known as the home of blue beaches surrounded by attractive landscapes, long mountain ranges and impressive architecture. In addition, when coming to this country, you will have an opportunity to get more knowledge about its history by visiting many historical places from a long time ago. However, besides those well-known features, there are still some hidden facts about this gorgeous land that you may have not heard about before. To find out what they are, let’s keep reading the lines below about interesting facts about Turkey! 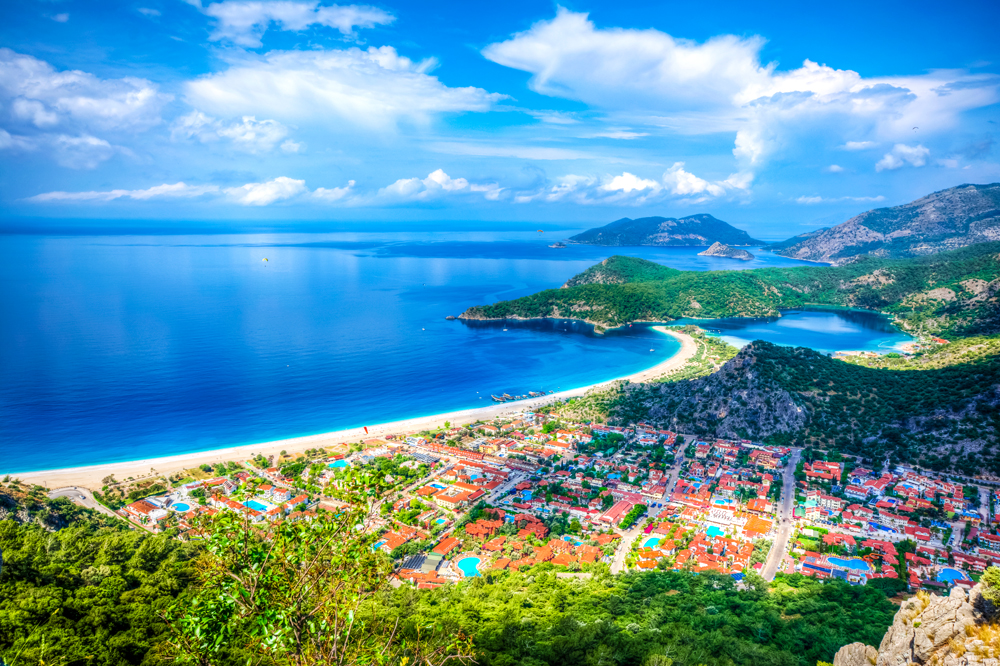 If you are tired of going shopping in noisy malls where famous brands try to sell their expensive items, you can take a tour around some markets while spending your holidays in Turkey. Among them, Grand Bazaar may be the most popular one with various kinds of goods sold at a low price. Each year, the number of visitors coming to this place for purchase keeps rising. However, not many of them know about the interesting history behind it. 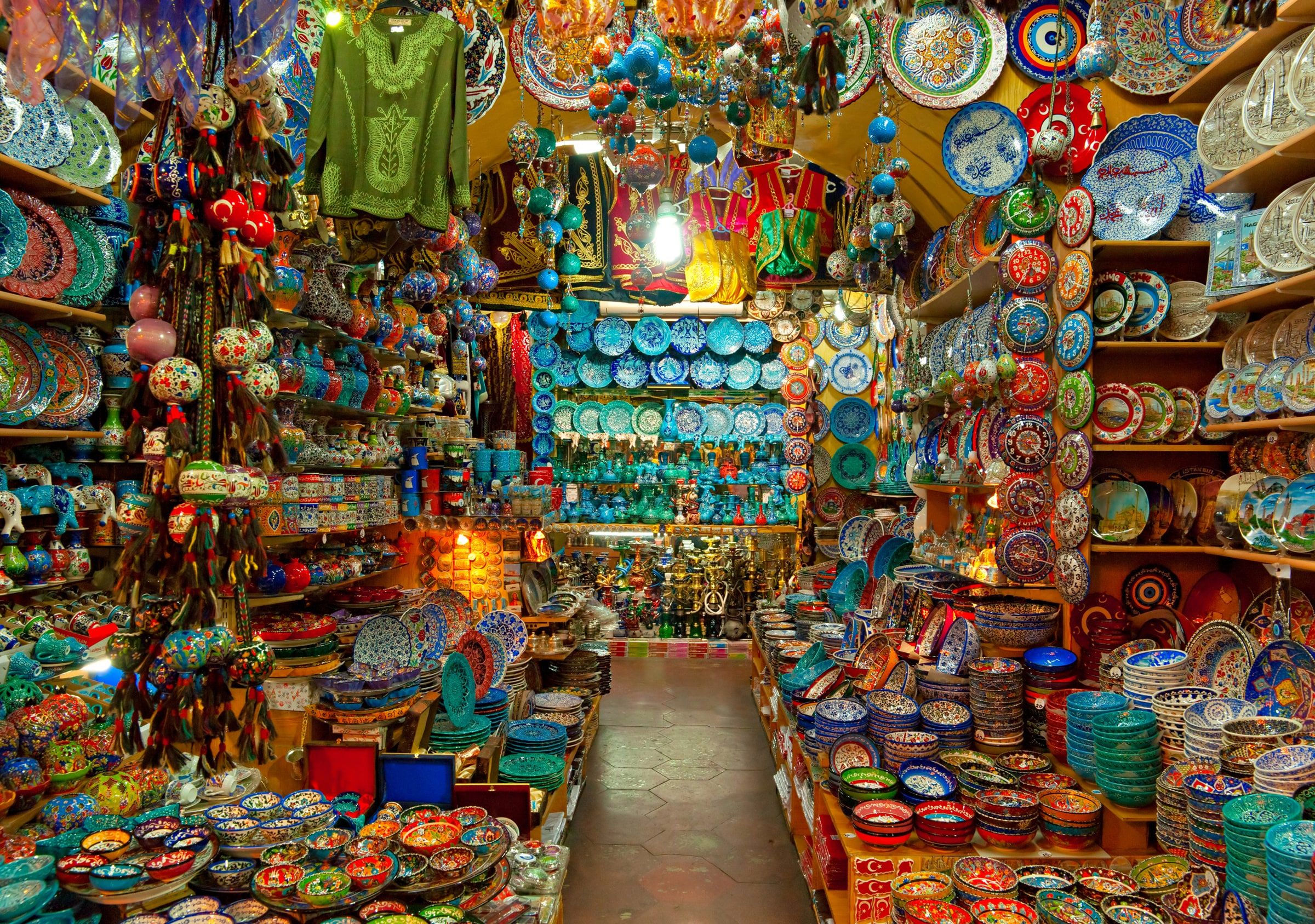 Lying in the middle of Istanbul, Grand Bazaar was built in 1455 after the Ottoman empire beat Constantinople in a battle. It is not only renowned for the big scale but also for a long history lasting more than 500 years. In the past, this market was just a site for exchanging essentials. However, after hundreds of years have gone by, Grand Bazaar becomes popular with the number of 4000 stalls in rows. Especially, most of the owners here are males. 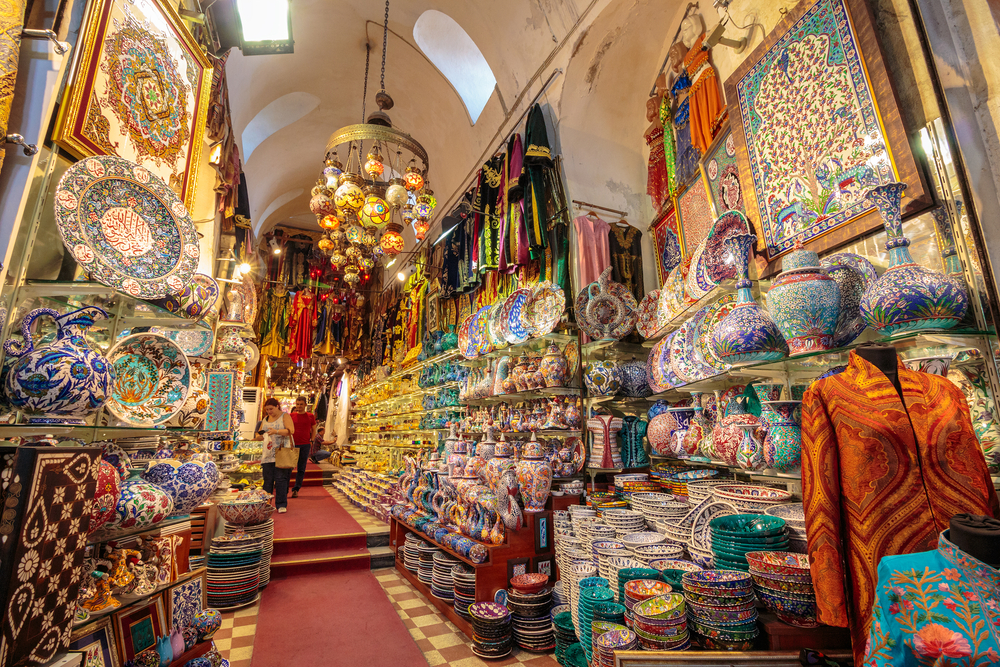 Once visiting this market, you will be attracted by thousands of colorful items. They are produced in good quality but do not cost you a lot of money. Travelers coming here can buy pretty gifts for their friends and family such as pottery, handbags, jewelry or silk. Thanks to its diversity, Grand Bazaar used to break the world’s record by welcoming over 91 million tourists in 2014.

Turkish is the nationality of Santa Claus

Santa Claus, also known as Saint Nicholas, is a familiar character to everyone who always comes first when talking about Christmas. For a long time, there have been some rumors about where he is from. Some people believe that he was born in Finland while others think that he is from the North pole. Therefore, groups of explorers used to visit those areas to look for the truth.

However, the symbol of Christmas is not from either Findland or the North pole. In fact, his hometown is in Patara, a place which is very far from the northernmost region. Patara lies in the Southeast of Lycian belonging to Turkey. On top of Saint Nicholas, this land is also the home country of other great men such as Saint Paul and prophet Abraham.

Tasty dessert made from chicken

Turkey is an ideal destination for foodies who would like to try different cuisine. Once setting your foot in this nation, you will have a chance to taste lots of specific dishes like doner kebab, kumpir, fish sandwiches, baklava, etc. Besides, there are numerous kinds of desserts that you must try on arrival here. For example, sutlac, lokum and lokma are most travelers’ favorites. However, the most impressive one is chicken breast pudding. 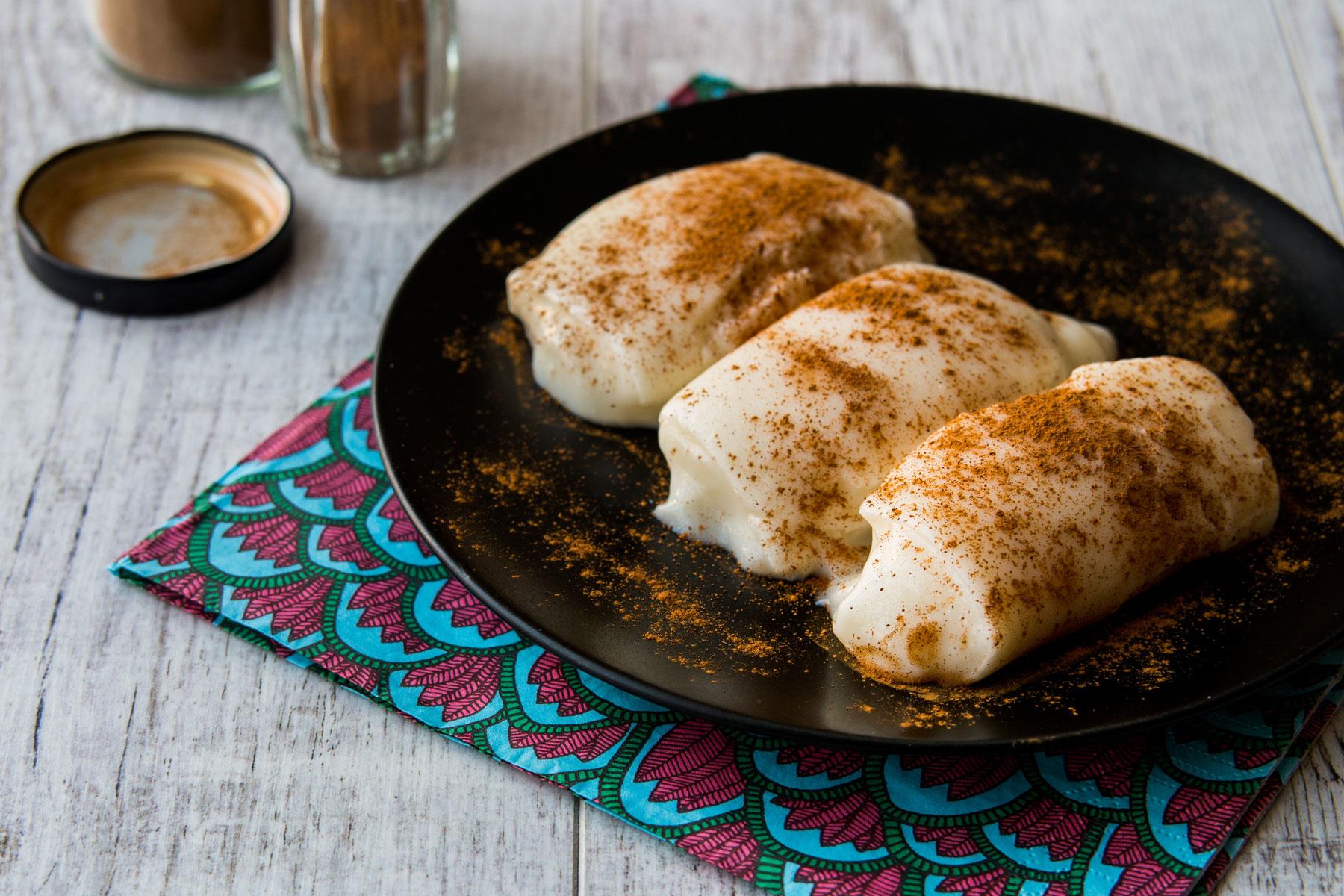 In Turkish, this strange dessert is called tavuk göğsü. It was first created under the age of the Ottoman empire. The ingredients consist of eggs, boiled chicken, milk and sugar combining together to give foodies healthy food. To make this dish, the cook has to take many steps from boiling chicken until it is a little well-done, smashing it with a fork, grounding chicken and dimming it into a bowl of water, leaving the chicken to be dry to making a layer of caramel for it. Lavuk göğsü is preferred by many visitors for its high nutrients value and good taste. 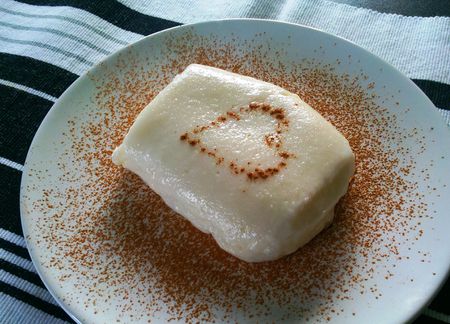 One of the largest seas preserving loggerhead turtles

Every year, Turkey attracts thousands of tourists from all over the world thanks to its amazing endless beaches. Covered by three enormous seas which are Aegea in the West, Black Sea in the North and Mediterranean in the South, it is not surprising why Turkey owns a number of beautiful shores. Among those, there is a special one that is not only a site for tourism but also a place for loggerhead sea turtles to live in. 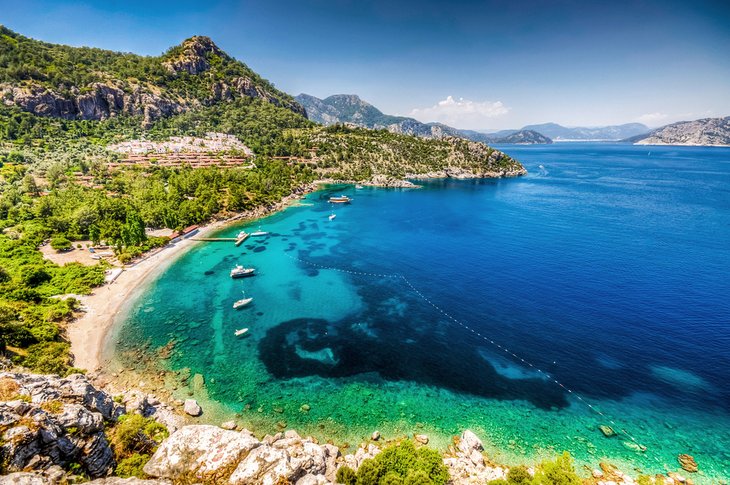 Iztuzu spreads a vast area with a 4.5-kilometer coastline near Dalyan. For the suitable weather and position, it has been used as a preserving region for caretta caretta which are in danger of being extinct. At the beginning of May, plenty of this species appears to lay eggs on the white sand dunes. The process remains for around five months later when they stop giving birth to newbies.

The country consuming a high amount of tea each year

Besides coffee, tea is one of the most favorite beverages in the land of doner kebabs. According to some documents, when Yemen was invaded at the end of the 19th century, people started growing tea to replace their cups of coffee in the morning. Then, it has become popular among drinkers ever since.

In Turkey, people usually hold a mug of tea in their hands while contemplating the sunrise after waking up. A small gulp of hot tea helps them relax and start a new day in a comfortable mood. In addition, tea also brings them benefits with hydrate cacbon, lipids, vitamins and so on. Because of its high value in nourishment, Turkish people drink a huge amount of tea every year with an average of 3 kilograms for one person per year. 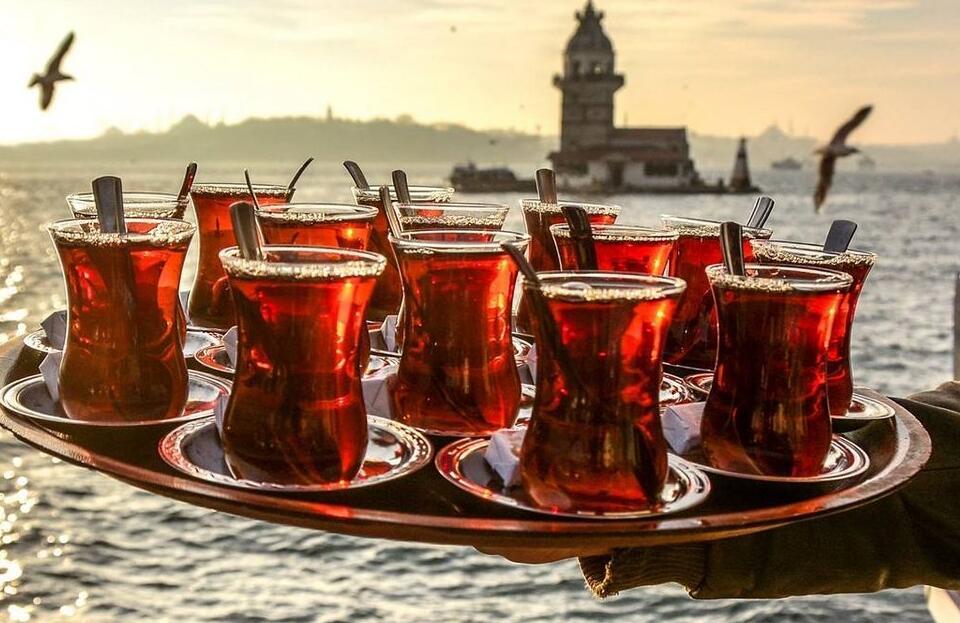 Turkey is a country lying in the Eurasian area. Therefore, it is very difficult to go from this side to the other. Understanding that problem, the government began a project to build one metro which connects the two continents together. On 17/1/1875, Tünel was put in use for the first time. At present, it is still working to help people move easily from Karaköy to Beyoglu. Nonetheless, on 29/10/2013, Turkey had a new railway called “Marmaray” which lies across the Bosphorus strait.

Turkish tea – A story of culture

Latest mother board for computers